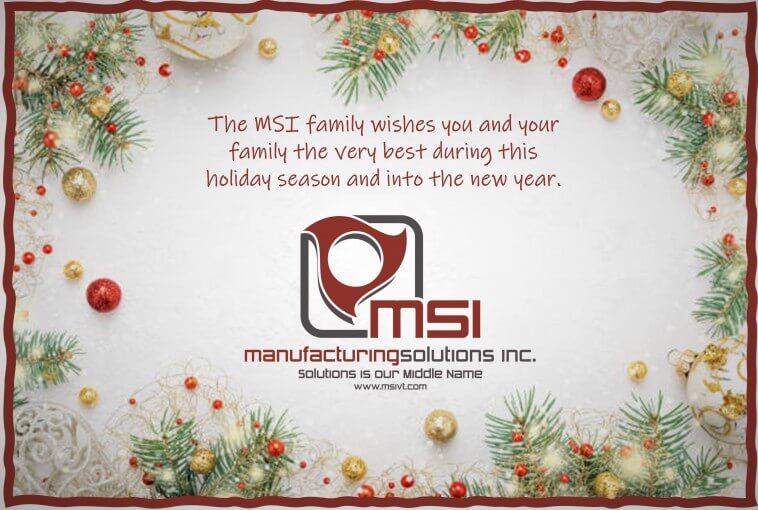 Thank you to all of our employees, manufacturing partners old and new, community leaders, and those of you we have just met, MSI sincerely appreciates working with you throughout the

What is MSI Doing Today?

Almost every day, we're asked, "What does MSI do?"  Although generally correct, the response of, "Practically anything", tends to leave an inquirer with even more questions. 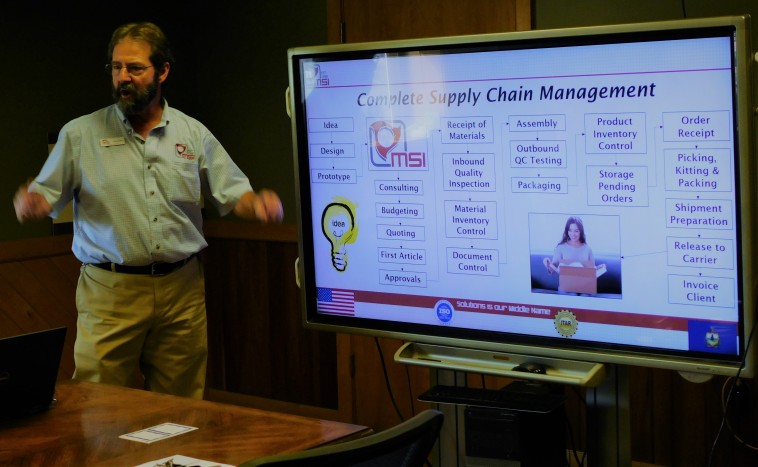 Wednesday, October 16th MSI hosted an event for national Manufacturing (MFG) Day, which is celebrated in Vermont during the month of October. 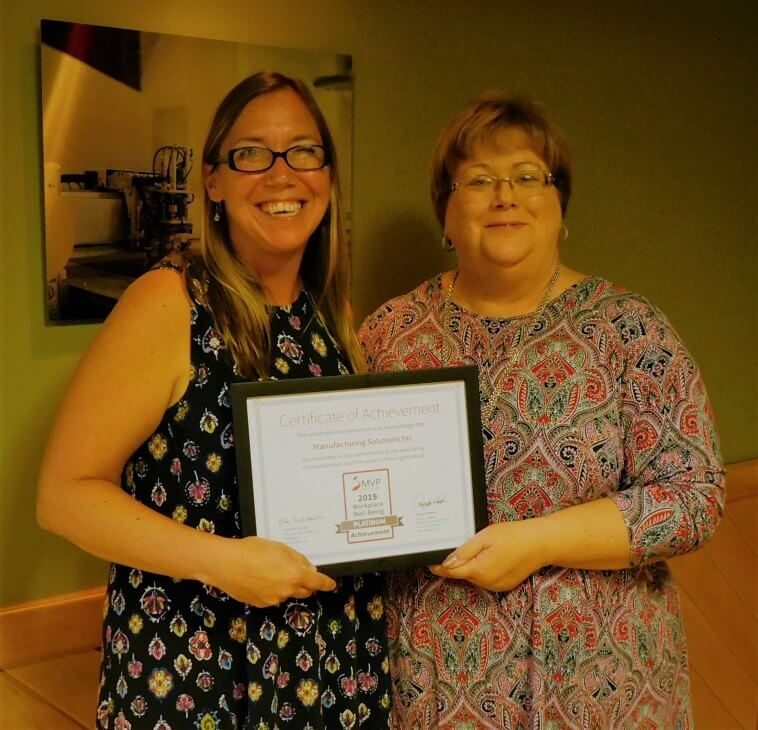 VT Manufacturing Summit was a Success

Thank you to all who stopped by to see Tina and Keith at the 2019 VT Manufacturing Summit.

It is with a sense of pride and humility, that MSI accepted our fifth consecutive Vermont Business Growth Award. 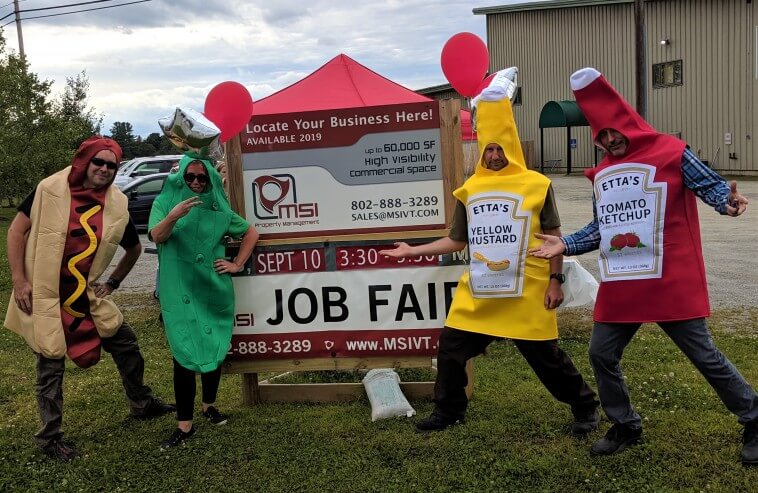 Growing a business in a tight labor market is a challenge.  We like to say, "At MSI - Solutions is our Middle Name".  Here's a solution. 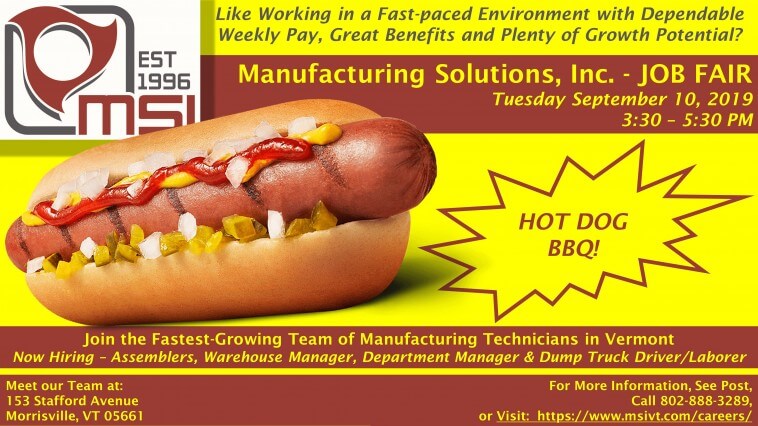 Have we mentioned lately that MSI is growing? MSI is a great place to work. 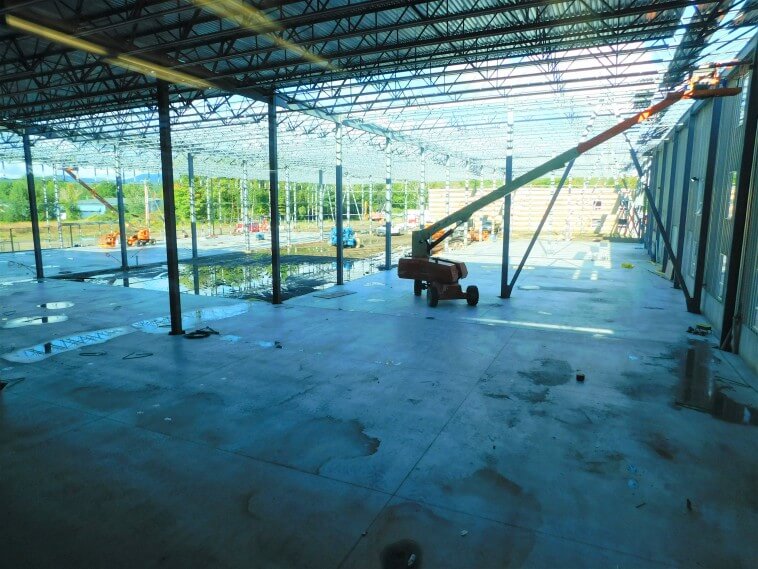 The Roof is Going Up

Almost two months ago we posted that the concrete was being poured, and that the MSI expansion is taking shape.  The construction crews have been busy. 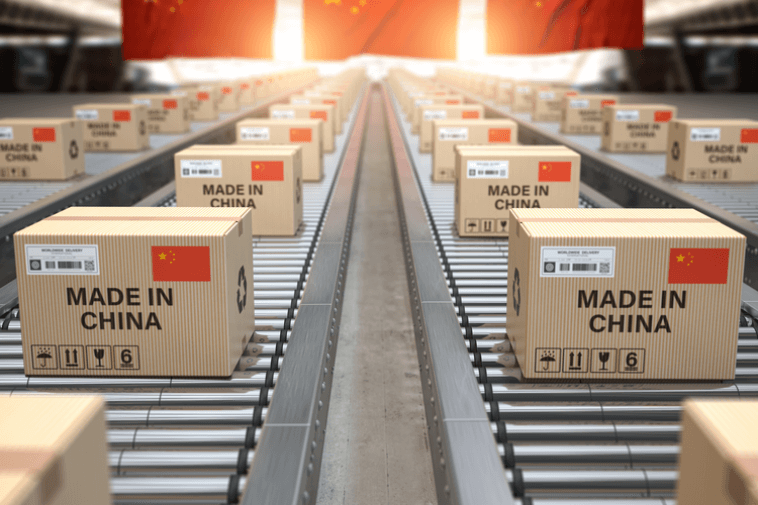 New Insights on "Made in China"

The decades-long practice of US products being manufactured in China appears to be diminishing. 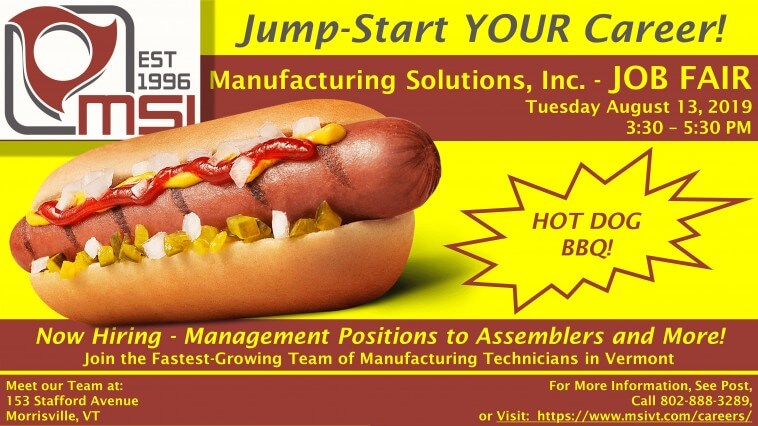 MSI is growing and growing.  In addition, we're gearing up for our busiest season.

Serious about advancing your manufacturing to the next level?  Join MSI and a host of today's cutting-edge manufacturers from the US and Canada at the premier manufacturing event in Vermont; the 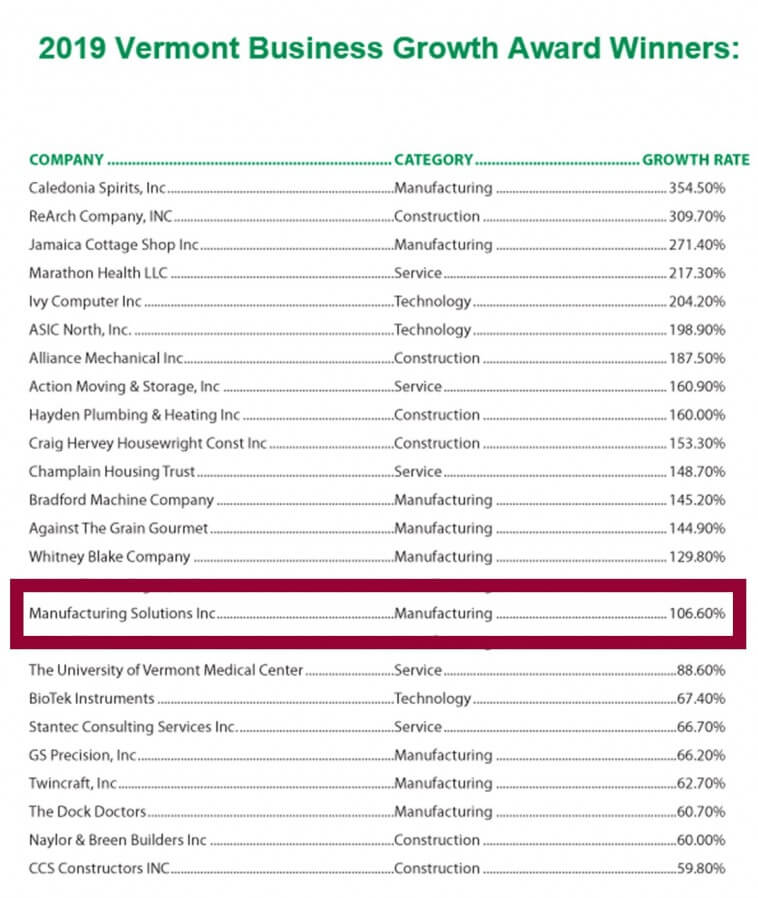 For the 5th consecutive year, MSI has made the list!  The Vermont Business Growth Award is awarded to the Top 25 Vermont companies, as determined by revenue growth.

MSI is pleased to welcome the addition of Emma Carlson to our Human Resources department.

Last week, MSI gathered for a companywide brunch to celebrate the best second quarter ever.  MSI’s top performers were identified and rewarded publicly for their efforts. 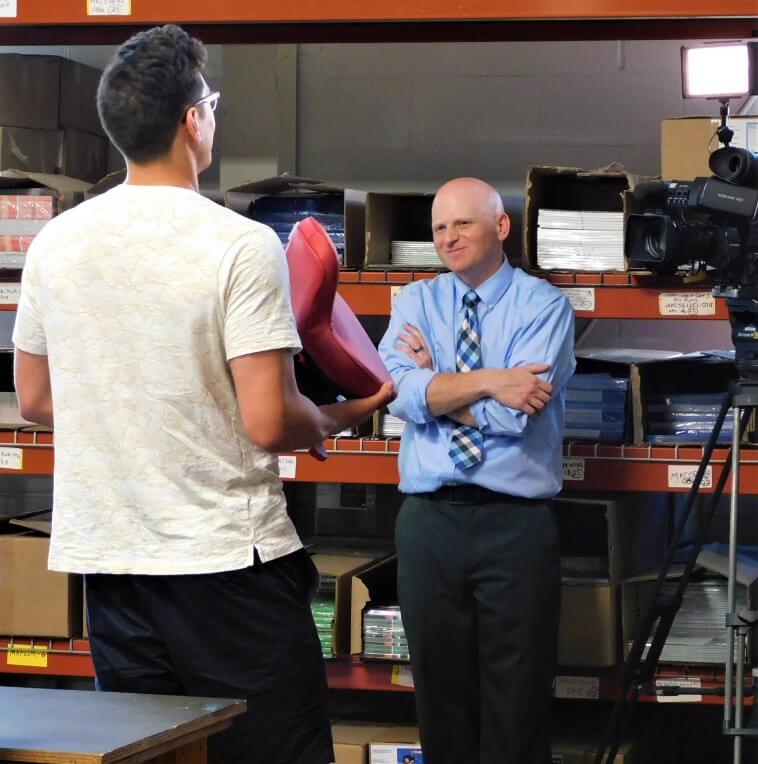 WCAX-Channel 3 from Burlington, VT recently shot a segment for their series called, “Made in Vermont” at MSI in Morrisville, VT.

Vermont Lt. Governor David Zuckerman is touring the state, meeting with businesses to learn about what’s working, as well as challenges, concerns and obstacles faced by companies. 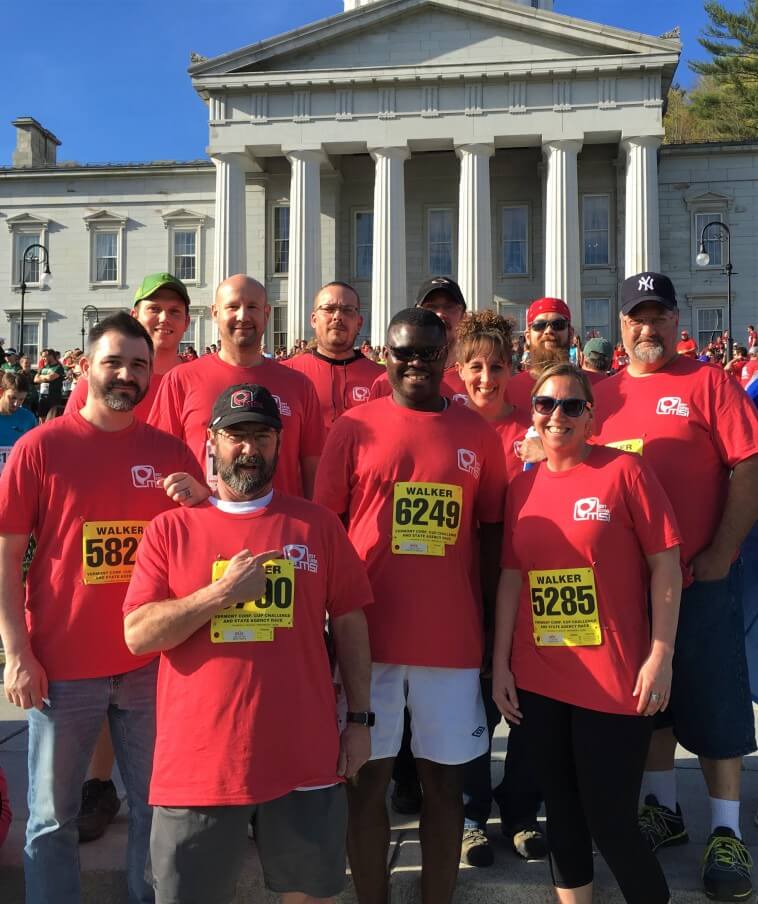 The 2019 VT Corporate Cup 5K was held on May 16 in Montpelier.  MSI’s Health & Wellness Teams dusted off the old, worn-out sneakers…and fared quite well. 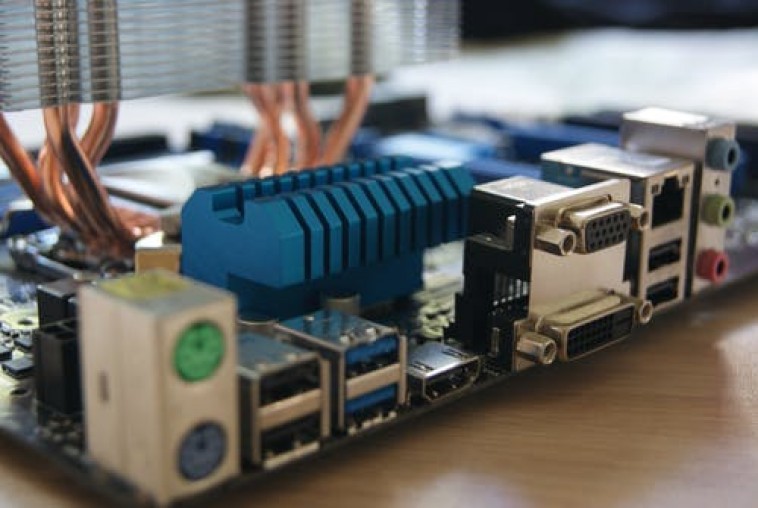 How do Manufacturers Benefit from Partnering with MSI? "Manufacturer B" – Electronic Devices Manufacturer B started in the early 1960's, in a business that at the time, was a fledgling industry. 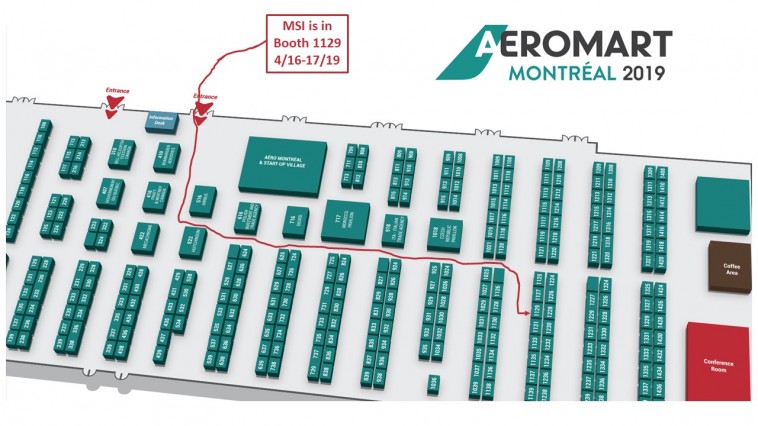 Haven't been to Montreal for a while?  Interested in the latest aerospace technology?  Please stop in to the MSI booth (1129) on Wednesday and Thursday. 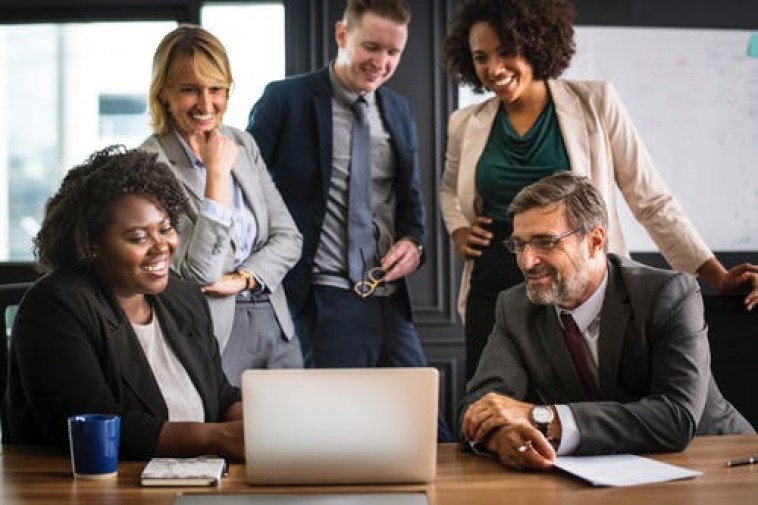 How do Manufacturers Benefit from Partnering with MSI? Case Study - "Manufacturer A" – Fitness Products Manufacturer A was founded by high-level athletes with a strong desire to invent a new class 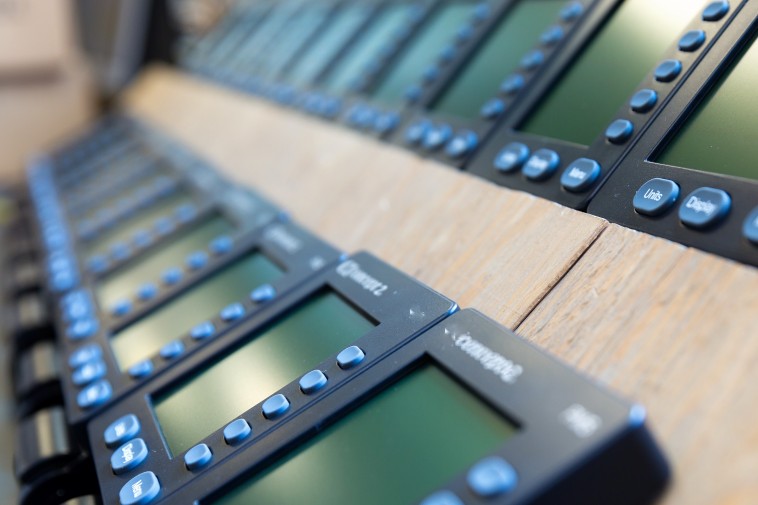 Is Outsourcing the "New Normal"?

Recently ran across this Forbes article from March of 2018 (not exactly 'news') that discusses outsourcing as becoming the “new normal”.

Solutions is Our Middle Name

If these are your challenges, MSI has your solution.